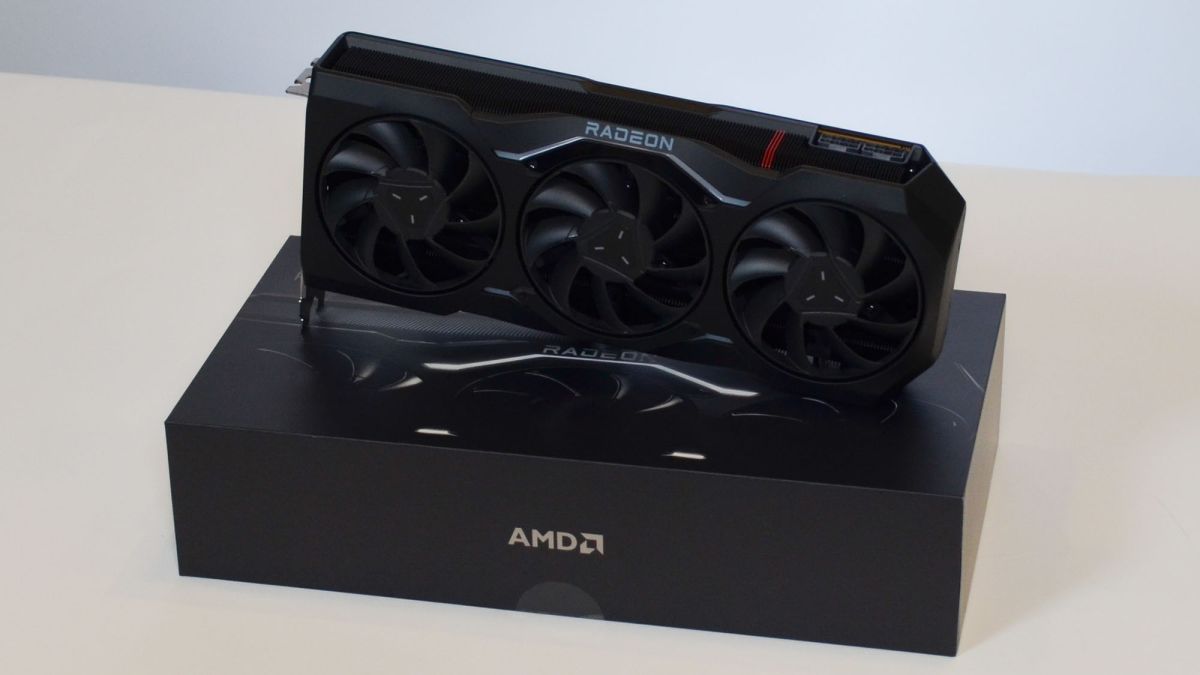 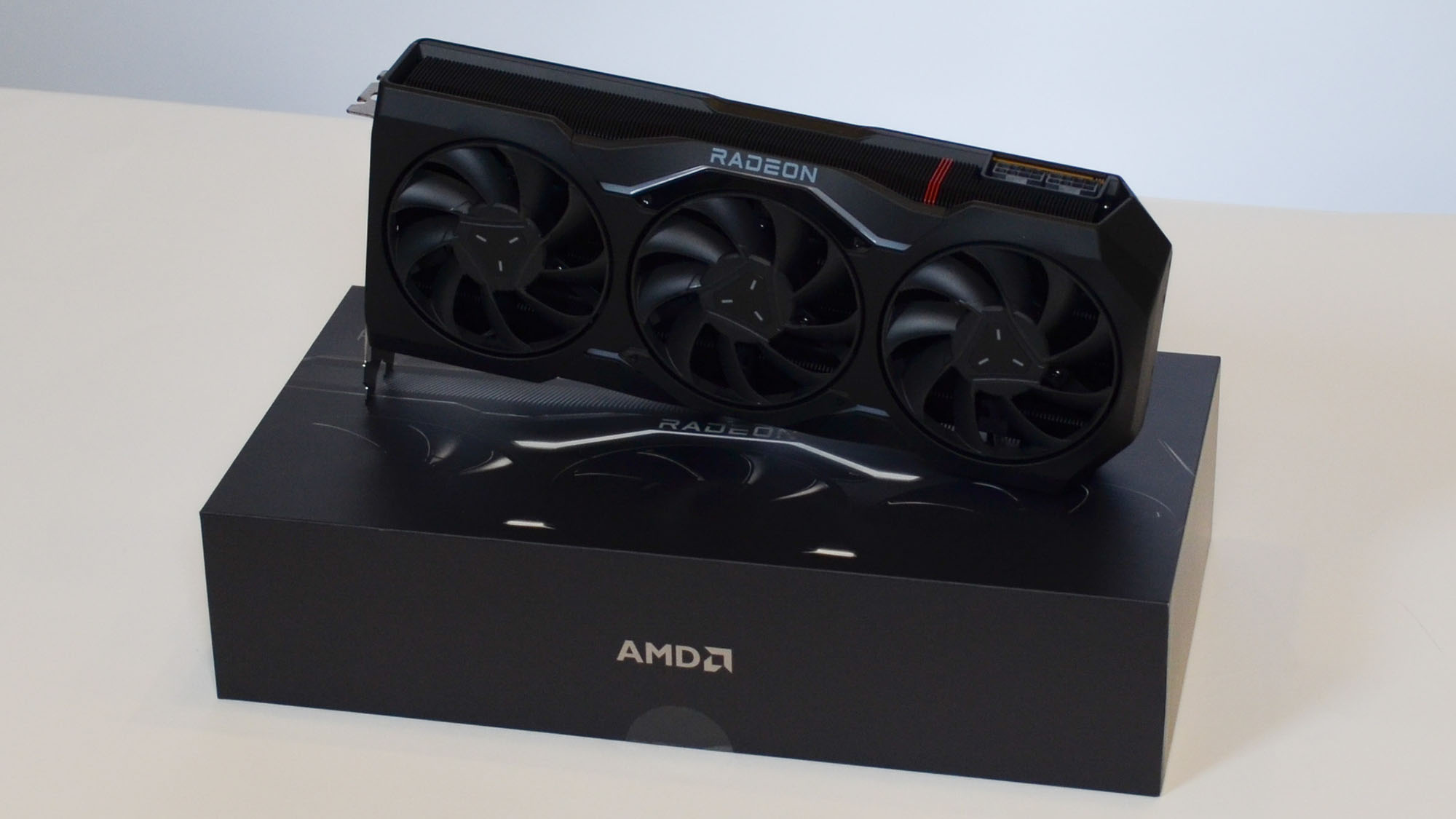 AMD’s RX 7900 XTX has run into trouble with reported cases of overheating causing the GPU to throttle back its speed, and we’ve now heard a further statement from Team Red to confirm the issue is with the cooler. However, there are worrying rumblings elsewhere on the amount of RDNA 3 flagship graphics cards that might be affected.

First off, the new statement we received from AMD sees the company admit that it believes there is a problem with the cooling of some 7900 XTX graphics cards – though note that this is reference boards only, which is to say those using AMD’s reference design cooler.

Custom 7900 XTX graphics cards, which use their own cooling system designed by the third-party manufacturer, are not affected. (And also note that the 7900 XT GPU isn’t hit by this hotspot overheating issue, either).

AMD told us: “We are working to determine the root cause of the unexpected throttling experienced by some while using the AMD Radeon RX 7900 XTX graphics cards made by AMD.

“Based on our observations to date, we believe the issue relates to the thermal solution used in the AMD reference design and appears to be present in a limited number of the cards sold.

“We are committed to solving this issue for impacted cards. Customers experiencing this unexpected throttling should contact AMD Support (https://www.amd.com/en/support/contact-call (opens in new tab)).”

It was previously theorized that the problem was down to the vapor chamber, and it appears this conclusion, reached by overclocking expert Der8auer, is likely on the mark – though AMD hasn’t actually confirmed the specific flaw with the cooling system in the flagship graphics card yet.

The other thing Der8auer suggested in his recent YouTube videos on this matter is that this could be a “big problem” for AMD in terms of the number of affected graphics cards, and further reports coming through now seem to back this up (take all this with an appropriate amount of seasoning, naturally).

Igor’s Lab (opens in new tab) (via VideoCardz (opens in new tab)) claims to have got word from a system builder that the problem is with the vapor chamber, and it affects “several batches” of 7900 XTX GPUs, which could be “thousands of graphics cards” in a worst-case scenario.

German tech site ComputerBase (opens in new tab) further claims to have statements from wholesalers saying much the same thing, that there are several batches of reference designs affected, and some wholesalers are already recalling graphics cards from those batches, taking them back from retailers as a precautionary measure, we are told.

This is starting to sound very much like the makings of a huge headache for AMD. And indeed a big headache for PC building operations, like the affected outfit quoted by Igor, which says that it has returned over 300 models of reference design 7900 XTX cards from Asus, Sapphire, PowerColor, and XFX to the wholesaler or retail outlet they were bought from. (Which meant messing with systems that were already finished, and holding up their shipment until replacements arrive).

For its part, AMD says a “limited number” of 7900 XTX cards sold are affected, which doesn’t really tell us anything we don’t already know (it’s not nearly all boards, by any means, of course). The official line from AMD for consumers with an affected RDNA 3 flagship is to contact support, with the company reportedly offering a replacement or refund of the graphics card in question. This is what’s being done for both system builders and consumers, at least according to Igor’s Lab.

If there really are thousands of 7900 XTX GPUs marred by this flaw, then it’ll be no small operation to sort the mess out, and Nvidia’s problems with melting adapter cables that hit 50 cards (at the last count) may end up looking truly insignificant next to the scale that this cooling faux pas could reach.

Although we should clarify that we’re talking in terms of scale rather than severity here – Nvidia’s flaw being an entirely more dangerous kettle of fish in terms of the potential fire hazard therein. And equally, we should also reinforce the reality that we still don’t have confirmation of how far-reaching the numbers of 7900 XTX GPUs affected might be, outside of sources on the grapevine. And the latter needs to be treated with some trepidation, as always, although in this case, there are multiple corroborating whispers.

At any rate, clearly, this isn’t the start AMD wanted with RDNA 3 graphics cards, and as we’ve said before, it makes Team Red look unwise for having indulged in its fair share of jibes at Nvidia’s Lovelace flagship when the RTX 4090 hit the headlines due to the melting adapter controversy.

Another thought to close on is that this probably won’t do sales of the RX 7900 XTX (reference cards) any favors in the near term, as folks doubtless hesitate over purchases right now, perhaps thinking it might be wise to wait until any fallout from this cooling flaw has fully blown over.