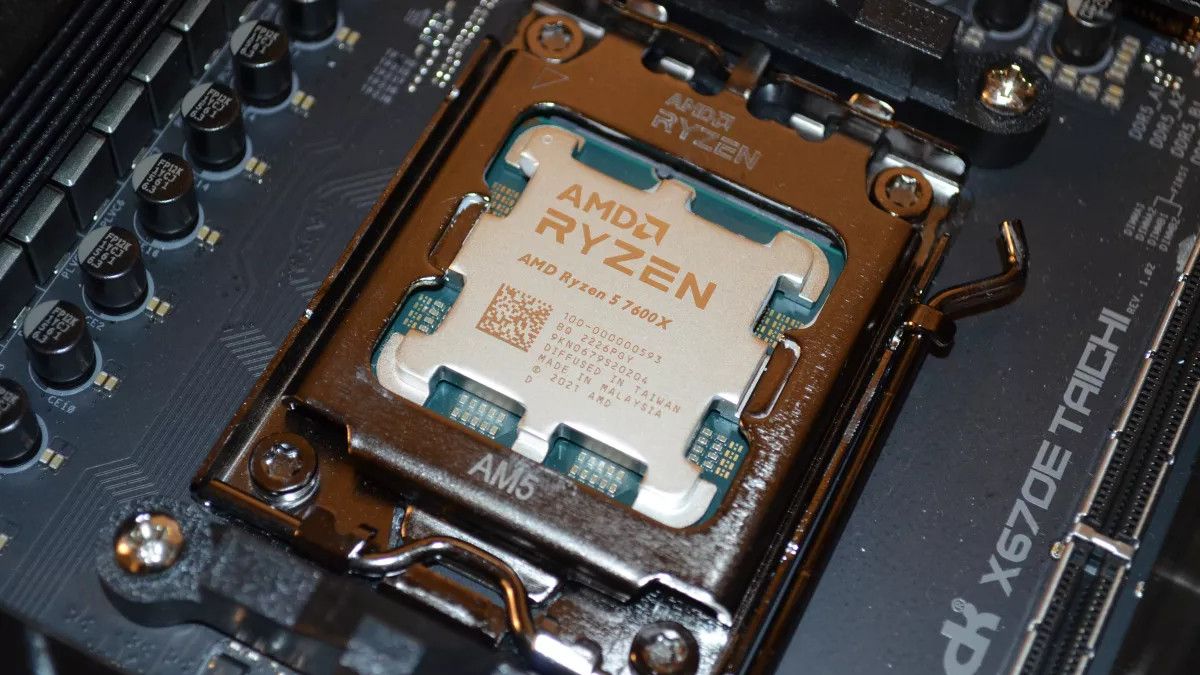 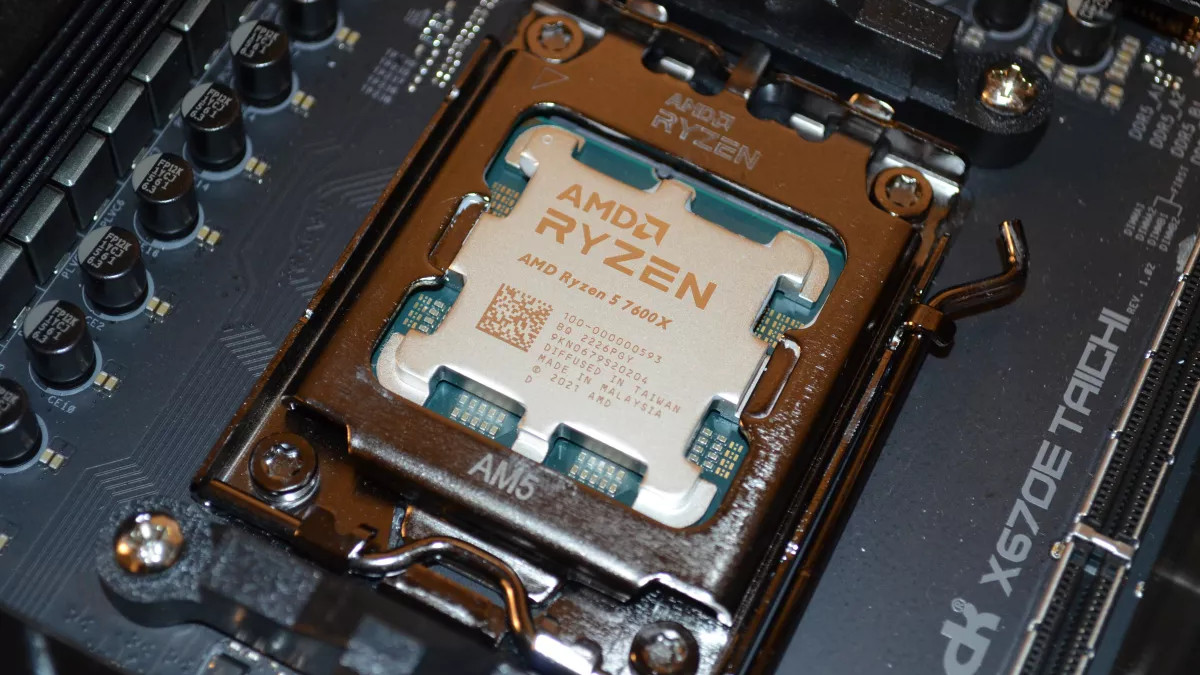 AMD has run into another sticky patch on the PC hardware front, this time regarding a problem with the Ryzen 7600X processor and firmware which really threw a spanner into the works of the CPU in some cases.

As Tom’s Hardware (opens in new tab) reports, the issue is with the AGESA 1.0.0.4 firmware, and to be fair to AMD, that firmware was pushed out in beta – the twist being that when rolling out this update via their own channels, some motherboard manufacturers failed to label it as a beta.

Even as a beta, though, this firmware had a particularly nasty gremlin in the works for owners of the Ryzen 7600X, in that with some chips, it caused serious misfires and apparently boot failure, according to a tweet from chi11eddog who originally flagged this on Twitter.

Here’s where it gets even thornier, because apparently the Ryzen 7600X chips which have been affected are those with dual CCDs (two chiplets, in other words). Now, the Ryzen 7600X processor has just 6-cores and therefore one CCD – chiplets are only used where required, in the heavyweight CPUs with more than 8-cores – so what gives?

The explanation is that in theory, if AMD ends up with rejects of Ryzen 7950X or 7900X (dual CCD) processors that aren’t up to spec, the company can simply disable one CCD and block it off, then use the chip for a lesser CPU – like the 7600X (and therefore save wasting a chip). As Tom’s points out, this is a tactic AMD reportedly employed with the Ryzen 5000 range, too (including the 5600X).

The bugbear is supposedly hitting those who have a dual CCD (one active, one not) model of the 7600X, and what’s reportedly happening is that the new firmware is trying to boot the chip from the disabled CCD – which obviously isn’t going to happen. Those with just a single CCD-toting 7600X will clearly be unaffected.

In fairness to AMD, one of the biggest issues here isn’t Team Red’s fault, namely that as mentioned, some motherboard makers failed to label the relevant firmware as beta when they made it available to customers (this isn’t something AMD supplies directly to end users, but to its manufacturing partners who then incorporate it into BIOS updates for their own products).

From what we can tell going by reports and screenshots (the latter supplied in the above tweet), MSI and Gigabyte failed to mark their updates as betas (while ASRock clearly applied a beta label, so at least folks knew what they were getting into). Beta software, particularly with something like a firmware update, is territory that only the brave tread – as there can be major problems therein, just as we see here.

As of now, all these motherboard makers have now pulled the beta firmware from their download portals, so the good news is you can’t grab it any longer, anyway. (Gigabyte still had the update live when Tom’s published its report, but it’s been yanked down now, thankfully). For those who did install the beta firmware and hit trouble, the only recourse is to revert to the previous version.

While as we mentioned, any beta software can have bugs present, and indeed that’s expected, this is a particularly nasty affair for the 7600X in some cases. AMD seems to be uncharacteristically making a number of missteps in recent times, with other issues around Ryzen CPUs which are reportedly affected by a bug that is freezing up the PC in Windows 11 recently hitting the headlines.

Not to mention the whole furor around the new RX 7900 XTX GPU, with AMD admitting that some reference design models have a serious problem with cooling (plus previous to that, concerns were aired about wonky clock speeds with RDNA 3 graphics cards).

Hopefully, the problem pertaining to the Ryzen 7600X will be solved in the near future, and AMD can push out a revised AGESA 1.0.0.4 release.