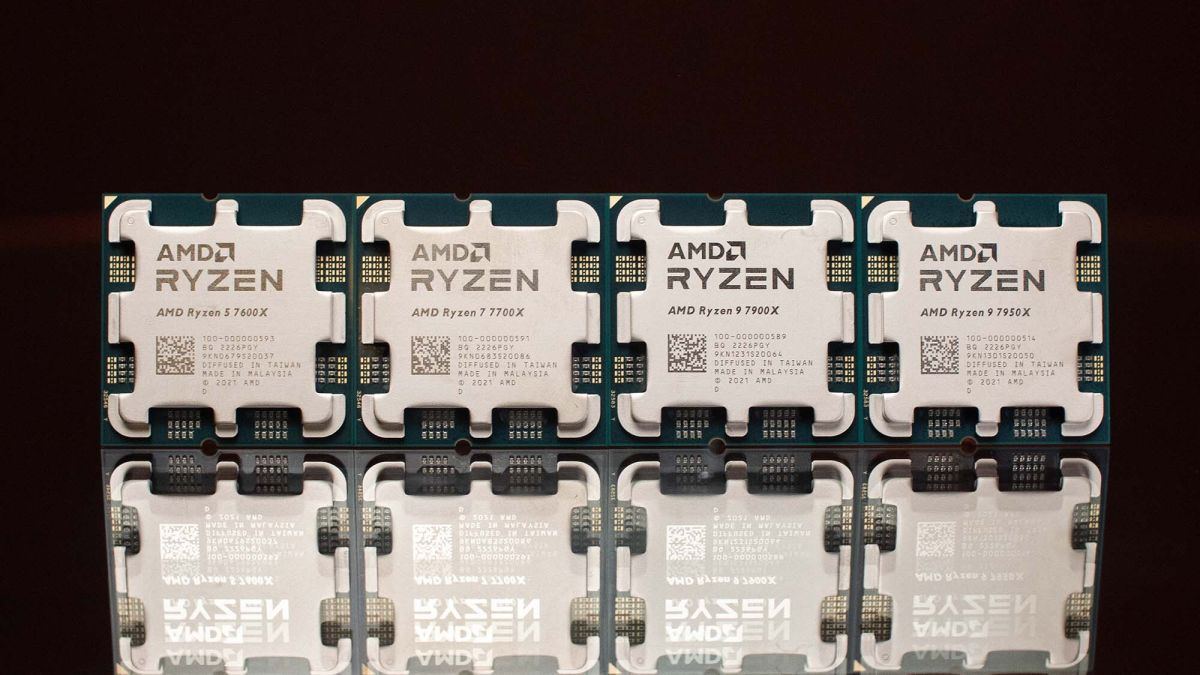 AMD is expecting to have plenty of Ryzen 7000 CPUs on hand to ensure healthy stock levels when the next-gen chips launch in a month, which is obviously great news for anyone hoping to hop on board with Zen 4.

This revelation came during the Ryzen 7000 launch yesterday, in which AMD revealed the Ryzen 9 7950X and 7900X, Ryzen 7 7700X, and Ryzen 5 7600X. As PC Gamer (opens in new tab) reports, CEO Lisa Su was asked about supply chain issues and potential stock levels with Zen 4 CPUs, and furnished us with a clear – and positive – answer.

Su replied: “It is true that if you look at the past 18 months there have been a number of things, whether its capacity limitations or logistics. From an AMD standpoint, we have dramatically increased our overall capacity, in terms of wafers, as well as substrates and on the back end. So with our launch of Zen 4 we don’t expect any supply constraints.”

The CEO continued: “Logistically it takes a little bit longer for things to get into region. So we’re having this event at the end of August and we’re on sale on September 27. One of the reasons for that time, frankly, is to make sure that we do have product in region so that people can really look at buying across the board.”

Analysis: Clear advantage to AMD in the battle of next-gen CPUs?

The key words that we feel should be focused on here is that AMD has dramatically upped its manufacturing capacity, and the firm does not expect any supply issues. Furthermore, there is the mention of extra time being taken to ensure that there’s enough stock across the board. And we take that to mean the most popular mainstream chips (the workhorse 7600X) and higher-end (Ryzen 9) models will all be in robust health, inventory-wise, at retailers.

Traditionally, top-end CPUs can be thin on the ground at launch for AMD, and so more likely to be subject to the ravages of scalpers (even though these pricier CPUs are by their very nature a more niche proposition than Ryzen 7 or 5 products). It sounds very much like this won’t be the case, though; but promises are one thing, and reality sometimes another.

However, what’s interesting is the rumor mill has for a while now theorized about AMD building up to a big volume launch in September, and indeed that a previous September 15 possible on-sale date was pushed back to later in the month to allow for that to happen. If true, that shows how serious AMD is about ensuring good levels of supply right off the bat.

The other key factor is that with Intel not expected to push out next-gen Raptor Lake processors until October 20, as the latest from the grapevine insists, that gives AMD over three weeks to grab as many sales as possible while Ryzen 7000 is up against Alder Lake CPUs. A battle which Team Red claims it will win very clearly, as you might expect for next-gen versus Intel’s current-gen – though you may not expect the mid-range 7600X to be able to outstrip the flagship Core i9-12900K for 1080p gaming performance, as AMD has claimed is the case (to the tune of 5% or so).

How Zen 4 CPUs stack up to Raptor Lake may be very different than with Alder Lake, of course, and as far as we can tell from various early leaks, it’ll be a close-run race. But AMD could win key victories not just in coming to market the best part of a month earlier, but also with pricing, with Intel rumored to be thinking of putting a premium on Raptor Lake, whereas Team Red has held pricing with Ryzen 7000 compared to Ryzen 5000 (and even reduced it in the case of the flagship 7950X).

Factor in scalpers being left out in the cold – theoretically – if stock levels are healthy for Zen 4 right from the get-go (and they may not be for Raptor Lake), and there could be a potent advantage for AMD in terms of availability and cost, if performance roughly equates.

All this is educated guesswork, naturally, but at the moment, it’s certainly starting to look like AMD is poised to take back the initiative which Intel stole from it in the desktop CPU world when Team Blue pushed out Alder Lake.