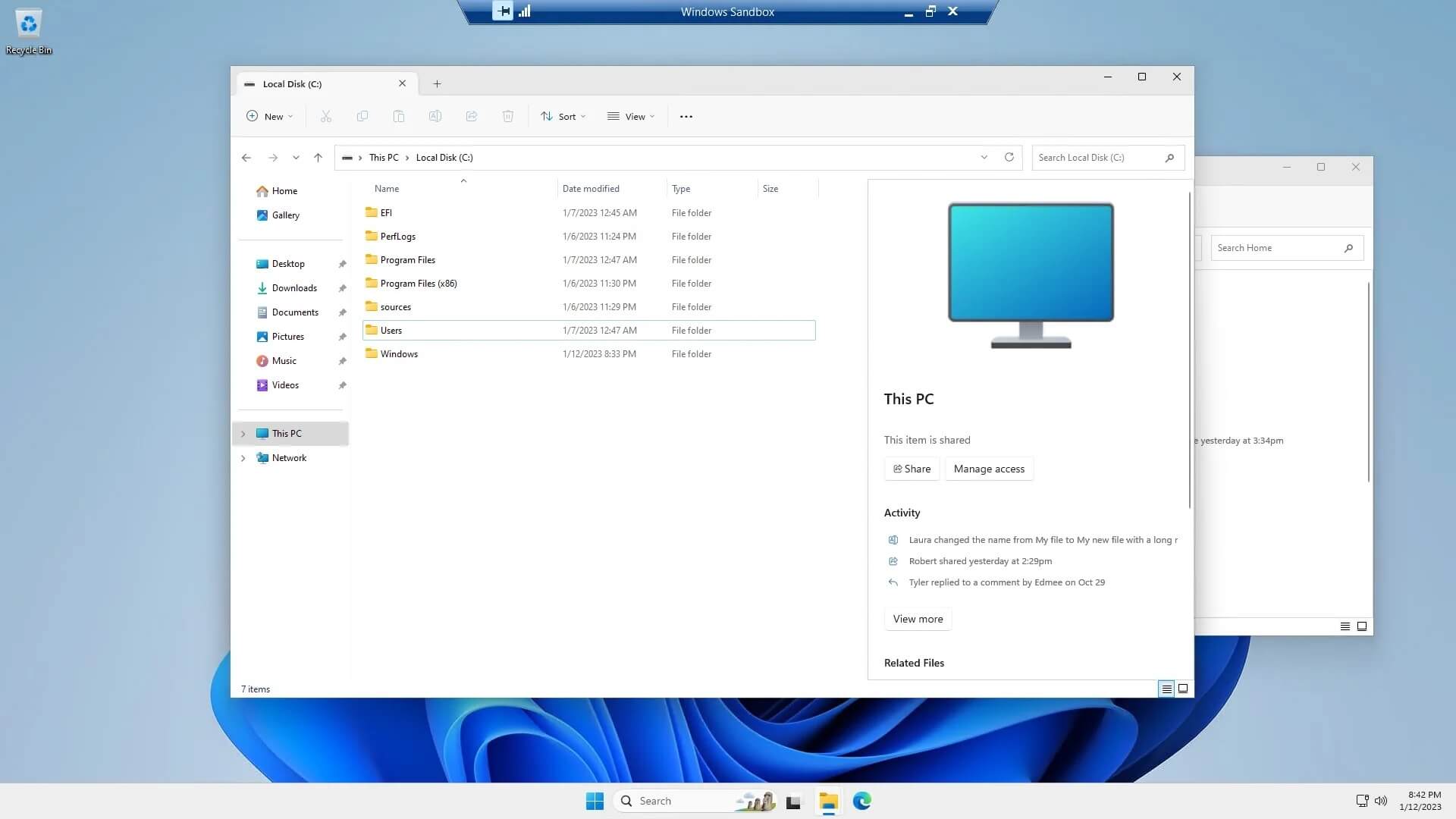 It’s been nearly one and half a year since Microsoft released Windows 11 and almost six months since its first big feature update – version 22H2. We’re expecting another major update to drop any moment. Thanks to Build 25276 and code digging, we’ve learned a lot about the upcoming significant feature of Windows 11.

Microsoft is working on a new WinUI-based “home page” or “details pane” for Explorer. This new pane uses the familiar modern controls that might remind you of the new XAML interfaces in Windows 11. The home page offers many new features, but it works best when the PC is connected to a Microsoft account.

The new File Explorer’s home page will have “Insights”, Activities, Properties, Related files, and Conversation. This feature will be used for documents and presentations shared between teams in an organization linked to a Microsoft account. For example, if there’s an update to the document or a comment, you can view it in Explorer.

Let’s take a closer look at the new File Explorer without any further ado!

This is the new File Explorer’s home page

This article shares findings from a hands-on preview of an unpolished, placeholder-based File Explorer and the actual File Explorer design would be better than the screenshots in the report. 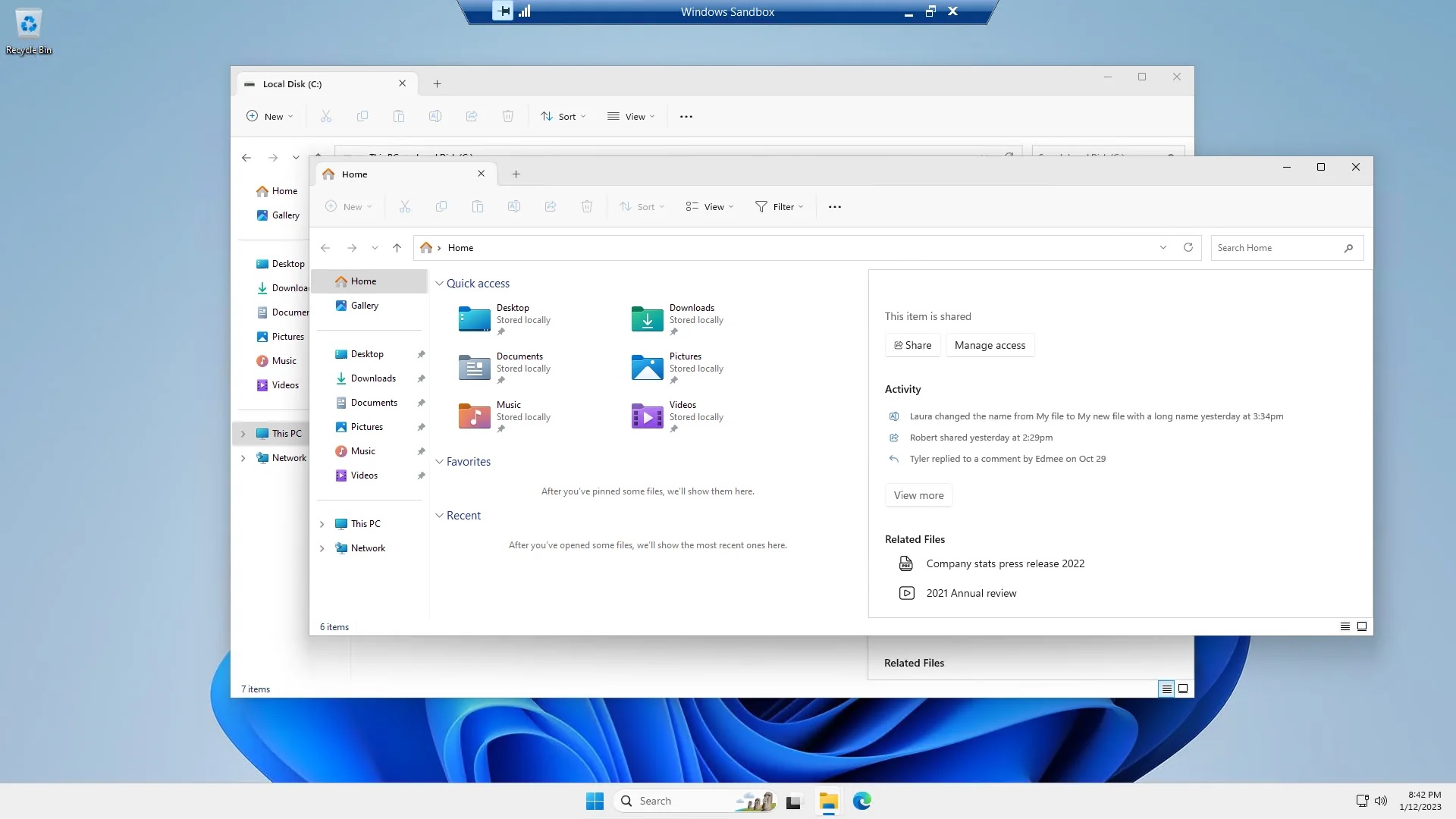 As you can see in the above screenshot, a new panel is on the right side of the File Explorer. 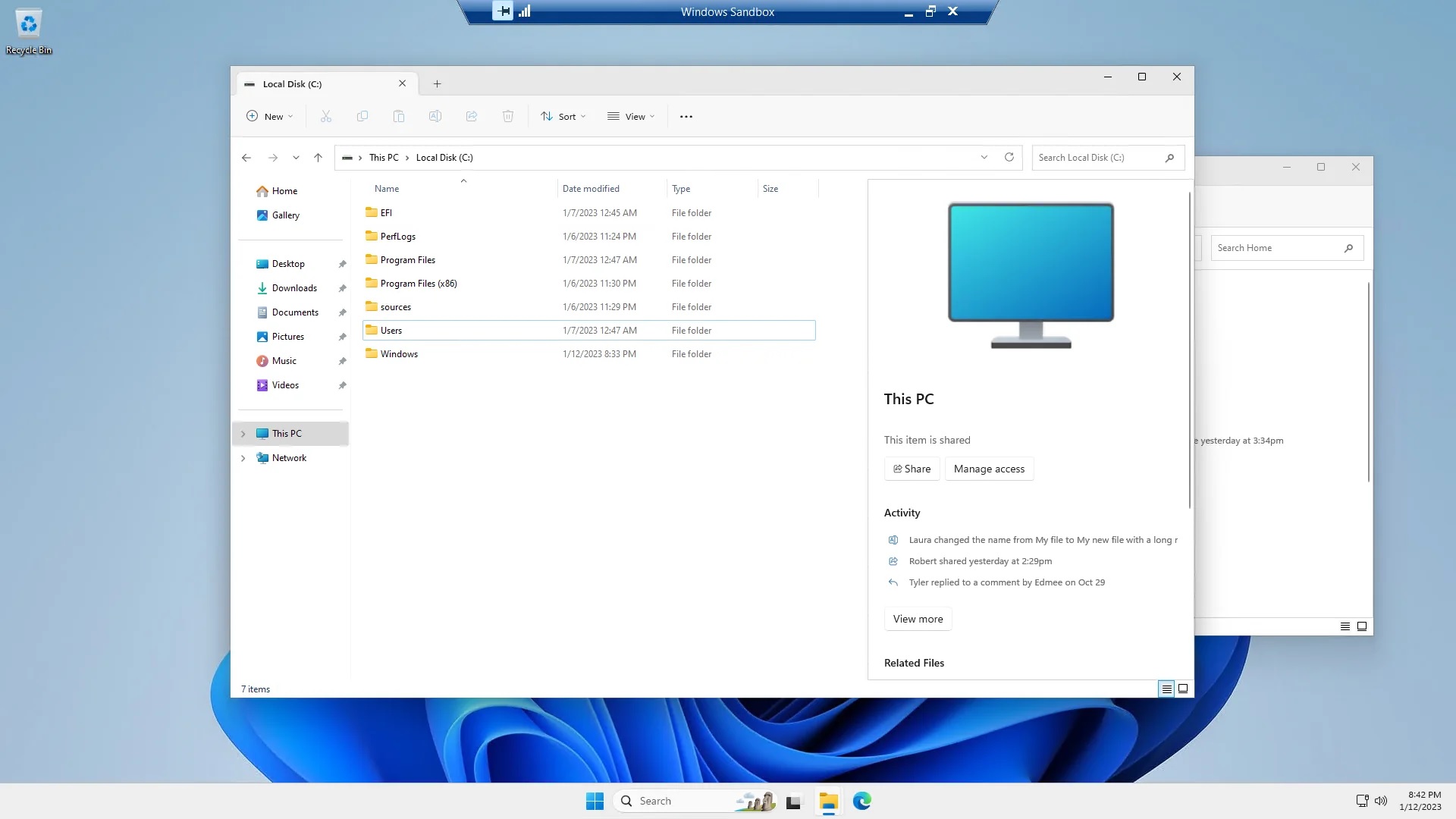 Note that we don’t know if this would be a panel or a menu that will pop up when you right-click anywhere in the app. Or it could also appear directly when you open File Explorer and select a file or folder. 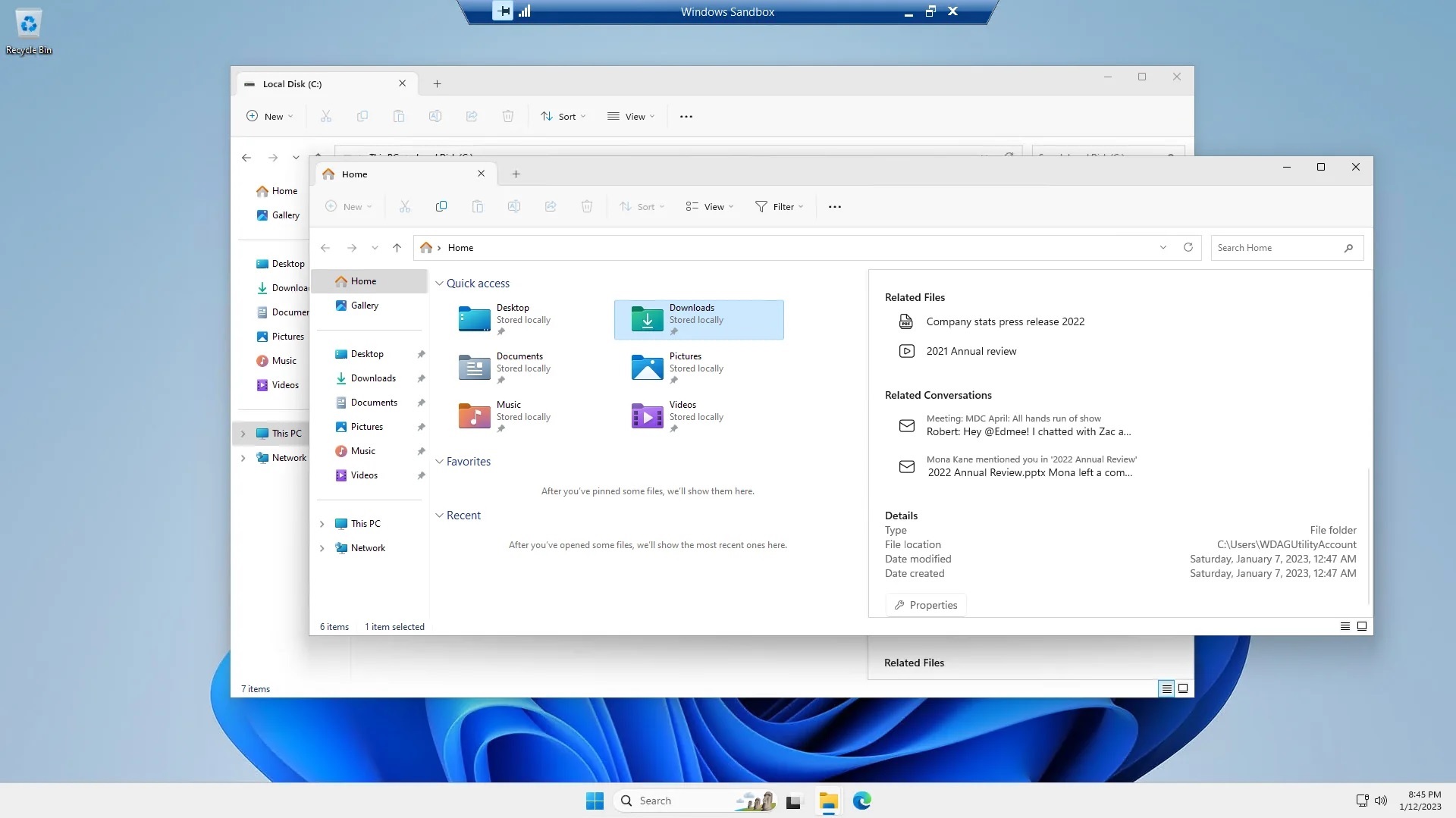 At the moment, it doesn’t work, and there are a bunch of placeholder texts. This feature is internally called “XAMLFolderViewSupport”, and it’s unstable right now, which means it could crash File Explorer.

File Explorer is being prepped for a big redesign

File Explorer hasn’t seen any substantial interface changes since Windows 11’s release as a standalone app, minus the addition of the tabs feature with version 22H2. However, more significant changes are headed our way, according to sources familiar with the development.

Windows Latest understands that Microsoft is planning to introduce a “new File Explorer” experience with deeper “OneDrive and Microsoft services integration”, a source familiar with the company’s plan said.

The new interface is being cooked internally, and it will begin rolling out to users in the Dev Channel in the coming weeks, so there’s not much you can do to access the new UI right away.