Home » Intel Arc A730M leaks give hope with one hand, and take with the other

Intel Arc A730M leaks give hope with one hand, and take with the other 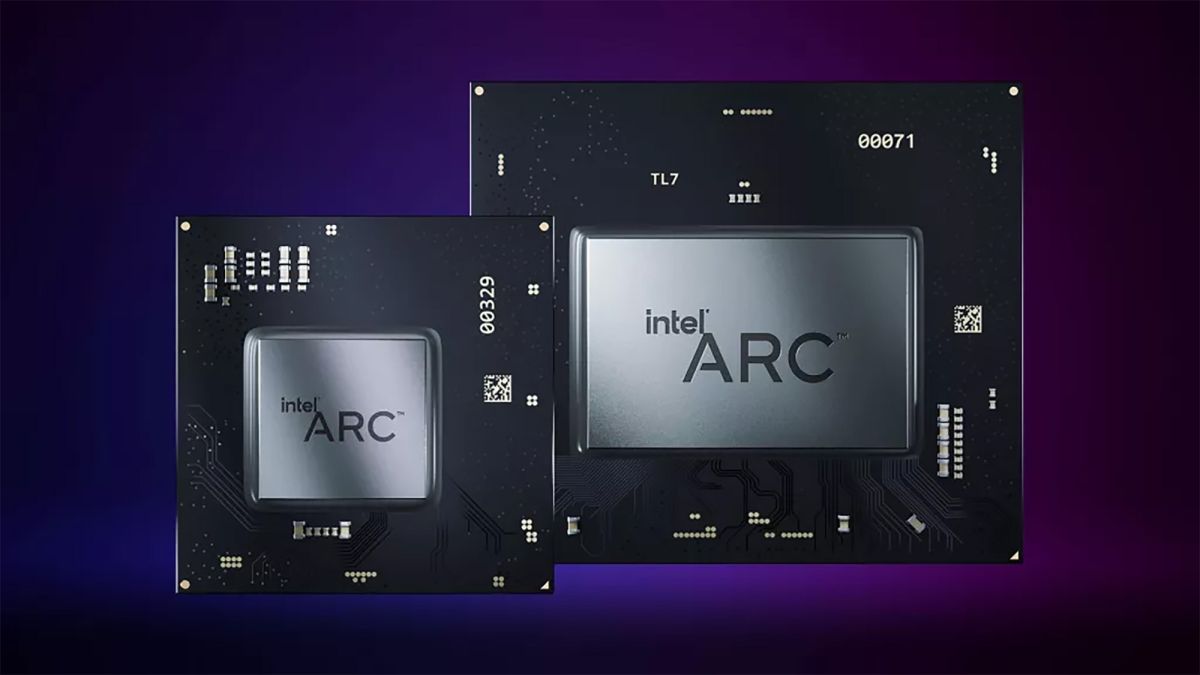 Intel’s second-fastest Arc Alchemist GPU for laptops has witnessed some leaked benchmarks, and they’re a mixed bag of results – though we should be very cautious around interpreting them.

The denizen of Chinese social media platform Weibo, who goes by the name ‘Golden Pig Upgrade’, has apparently purchased a Machenike gaming laptop (which have very recently become available, but only in China) with an Intel Arc A730M and Core i7-12700H (Alder Lake) processor. As mentioned, the A730M is part of the top-of-the-range A7 family, but is the second best offering next to the flagship A770M – these GPUs have 24 and 32 Xe-cores respectively.

Furthermore, 3DMark Fire Strike scores were also shared for the Arc A730M – by the laptop maker, in this case – and that placed the Arc GPU a little lower, between the RTX 3060 and 3070.

Real-world gaming performance metrics turned out rather differently, though, going by this Weibo leak.

Golden Pig Upgrade tried out the Arc A730M with a small selection of games, seeing an average of 70 fps (frames per second) recorded with Metro Exodus in 1080p resolution (on high details), and 123 fps with F1 2020 on 1080p (high details). Assassin’s Creed Odyssey, however, only managed a way shakier looking 38 fps on 1080p (with very high details), plunging to jerky lows of 10 fps as the minimum frame rate recorded.

Also, speaking of minimum frame rates, while Metro Exodus managed a good average frame rate here, it did drop to some seriously poor lows of 9 fps – even more sluggish than Assassin’s Creed in that respect.

Clearly, the results here are something of a mixed bag, and certainly peg the A730M at a lower level than the 3DMark testing. As Tom’s Hardware points out, the Metro Exodus frame rates are comparable to the RTX 3060, but with Assassin’s Creed Odyssey, performance ranks more like the RTX 3050.

There’s a lot to unpack here, but all of this should be taken with large heaps of assorted seasonings, for sure. There are a whole host of caveats, not least of which is that we should be wary of purported benchmark results posted on Weibo (although admittedly, the laptop maker Machenike did also supply a 3DMark result, as noted).

The 3DMark scores certainly seem impressive, and indeed perhaps overly so when you remember that this is Intel’s second best A7 GPU, and not even the flagship – yet it’s apparently outdoing the RTX 3070 in one benchmark. However, synthetic tests like these are not nearly as valuable a measurement as actual gaming performance, and Intel may have optimized its graphics driver considerably for these kinds of tests.

On the other hand, the graphics driver clearly hasn’t been fully honed for some of the games tested, given those dips to really low minimum frame rates, which are indicative of ‘drivers in progress’. Indeed, we don’t know which driver version was used here, but it’s clearly an early working version (one without official support – given that the Alchemist driver with A730M support was only just released today). The Weibo user also observed that Shadow of the Tomb Raider proved impossible to run for benchmarking purposes, simply crashing out and not loading at all.

There are other possible variables in the mix with the game benchmarks, too, like whether the Dynamic Tuning Technology (DTT) driver was enabled – this is Intel’s take on intelligently allocating power between the CPU and GPU, but it has been seen to still be somewhat wonky and hamper performance.

Overall, the potential performance of the A730M remains a difficult picture to decipher from these early benchmark glimpses, but it all points to one thing which we’ve theorized for a while now. Namely that Intel still needs to work on the software for Arc GPUs, and the delays we’re seeing on the desktop graphics card front are likely wrapped up in this need for further work on driver optimization.

The obvious problem with the delay is that as Intel spends more and more time hammering software into shape, the launch of next-gen graphics cards from both AMD and Nvidia gets closer – and then GPU comparisons will become a much more difficult area for Arc Alchemist products.