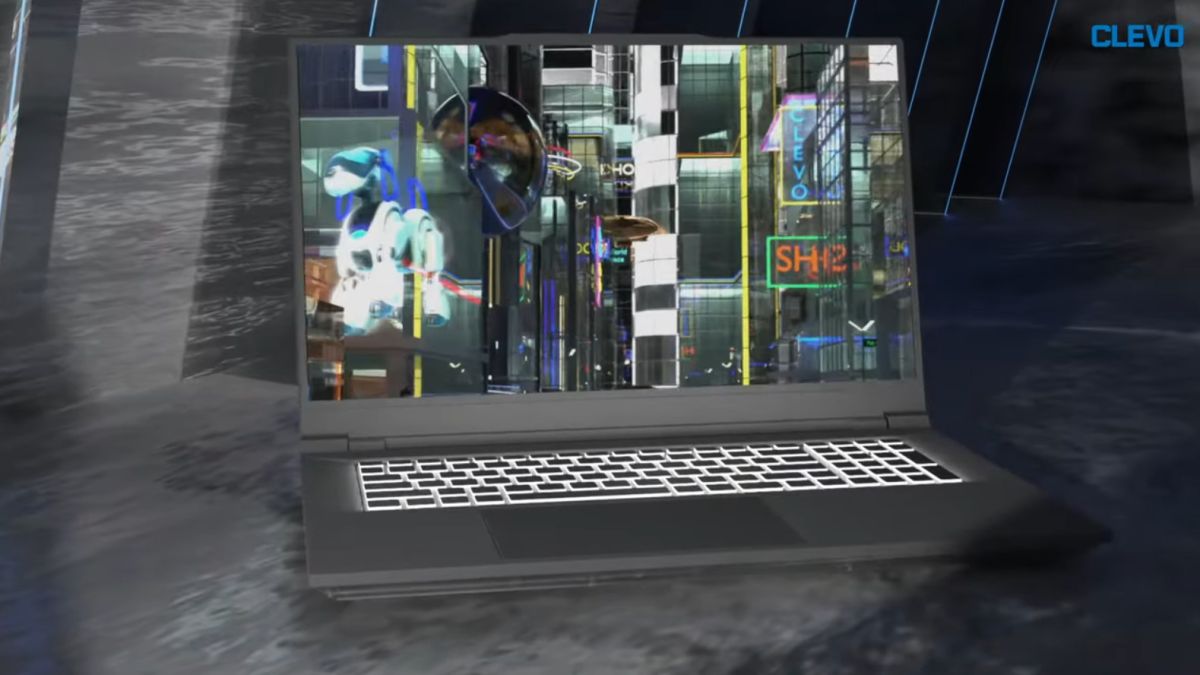 Clevo makes laptops that other manufacturers customize and then sell under their own brands (for example, Eurocom and XMG use Clevo designs), and the company just revealed the Clevo X270 on YouTube (opens in new tab) (as spotted by well-known hardware leaker HXL on Twitter).

The X270 comes loaded with an Arc Alchemist A770M, the flagship of Intel’s new laptop GPUs, alongside an Alder Lake H-series processor.

The brief teaser video also underlines that a robust cooling system is in place to ensure thermals remain favorable despite the hardware packed in here – in theory anyway – which includes a liquid metal topping for the CPU to ensure temperatures are 10-degrees cooler than they otherwise would be (or that’s the claim). A host of copper heat pipes – seven of them – are also present to facilitate better cooling of the internals (there’s a pair of fans, too).

Not much else is revealed about the spec, aside from the gaming laptop having a 17.3-inch Mini-LED display, and that the range of ports provided includes a pair of Thunderbolt 4 connectors.

This notebook should be pretty fast when it comes to frame rates given that combo of an Alder Lake H-series chip and Arc Alchemist A770M. That said, we don’t yet know which 12th-gen Intel mobile CPU will be employed, but we’d expect it’ll be one of the peppier Core i7 or likely Core i9 models, given that it’s twinned with Intel’s flagship GPU.

The other thing we don’t yet know is exactly how performant the A770M will be, but it hopefully won’t disappoint – previously we’ve seen comparisons in the ballpark of the RTX 3060 or 3060 Ti (take such leaks with plenty of caution, of course).

Whatever the case, the power on tap should be impressive enough given that Clevo has opted to run with a Mini-LED panel here, marking this notebook out as a more premium gaming model (and as such, it’d hardly be sluggish).

Sadly, we don’t know when this gaming laptop is scheduled to come out, as the teaser clip doesn’t give us any idea. But its very presence surely indicates that the X270, and more to the point, gaming notebook models built on the design, shouldn’t be too far off…

Via Notebookcheck.net (opens in new tab)