Home » Is Nvidia retreating from the budget GPU market, leaving it to AMD and Intel?

Is Nvidia retreating from the budget GPU market, leaving it to AMD and Intel? 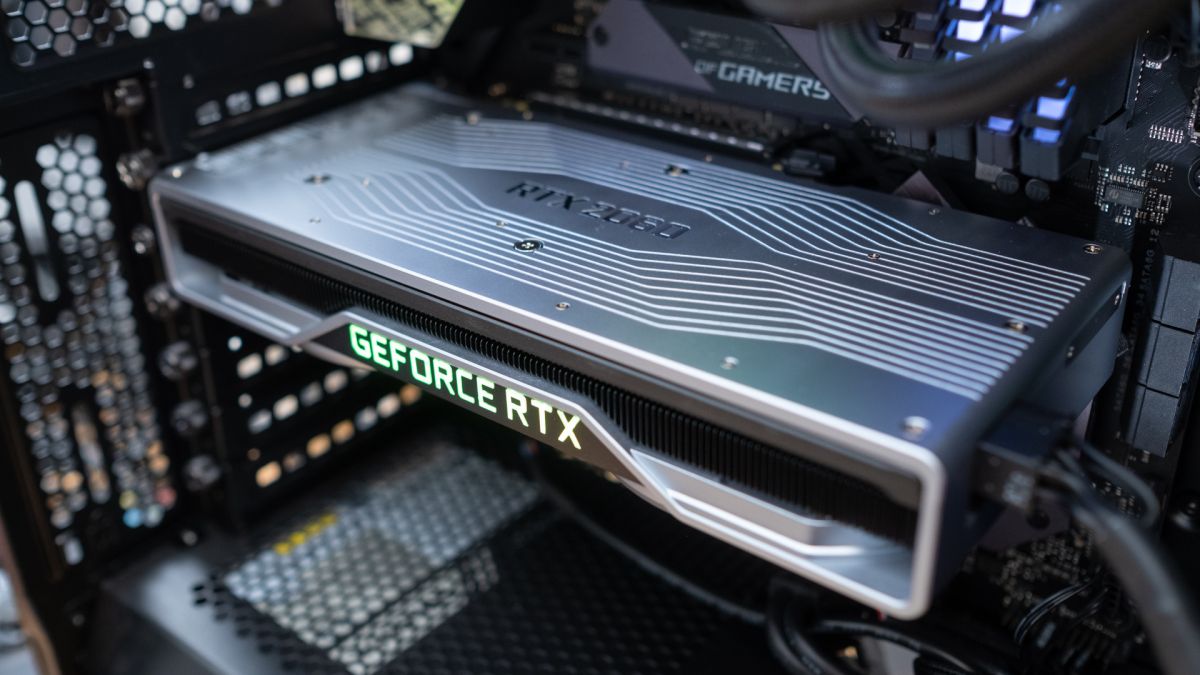 Nvidia is stopping manufacturing some of its key affordable GPUs, at least if the grapevine is to be believed.

This comes from Chinese site IT Home (opens in new tab) – not top of our list of reliable sources, it has to be said, so add a bit more than the usual amount of seasoning here – as Wccftech (opens in new tab) spotted. The rumor from sources in the supply chain is that Nvidia is halting production on all RTX 2060 and 1660 models.

That means the RTX 2060 and its Super version, and the GTX 1660 plus its Ti and Super variants, are in theory no more (save for whatever stock might be floating around out there and left to sell through).

As IT Home points out, in terms of more affordable Nvidia graphics cards, that just leaves the GTX 1650 and 1630 holding the fort at the cheap end of the GPU market (and of course the latter model is a wonky low-end offering to say the least).

Analysis: Making way to sell off some Ampere stock?

So, what gives here? Well, first of all, we’ve got to be skeptical about the truth of what is just noise from the rumor mill at this point – this may not be happening. That said, it’s not the first time we’ve heard this speculation from sources in Asia familiar with Nvidia’s supply chain, at least regarding the RTX 2060, so that would seem to strengthen the chances of this being true.

The thing is, these are some seriously popular cheap GPUs. The RTX 2060 is the second most-used graphics card in the PCs of gamers on Steam (going by Valve’s monthly hardware survey), in fact. And the GTX 1660 is eighth, with its Super and Ti variants nestling at tenth and eleventh in that survey; so these are some well thought of affordable graphics cards, without a doubt.

What would appear to be happening is that Nvidia needs to pull the plug on these models in order to replace them with RTX 3000 cards, which have an excess of stock that needs to be sold off before more affordable RTX 4000 GPUs (like the RTX 4060) can be brought into play.

However, the concern is that the RTX 3060 and the shaky RTX 3050 are, if we go by current US pricing as a general barometer, pitched at about $350 and $300 respectively. Whereas an RTX 2060 can be picked up for as low as $220 or thereabouts, with the 1660 models going a bit lower still – though the latter GPUs already appear to be thinning out in terms of their available ranks (at least when we scoured Newegg).

If those RTX 3000 prices stick at that level for the foreseeable, this leaves the budget GPU space in even weaker shape – and Nvidia would appear to not be worried about effectively abandoning this end of the spectrum to AMD and Intel. At least for the time being until cheaper RTX 4000 models come through, anyway (and maybe then, lower-end RTX 3000 cards will further drop in price).

Nvidia has been shirking its responsibilities at the budget end of the market for some time now, though, so is this a broader sign of Team Green focusing on pricier products? The company would certainly seem to be keen on pushing big premium profit-spinners, if the RTX 4080 is anything to go by. And in a time where the cost-of-living crisis is increasingly making itself felt, Nvidia’s attitude seems out of touch and unfortunate for the gamers out there who aren’t swimming in spare cash for a GPU upgrade.