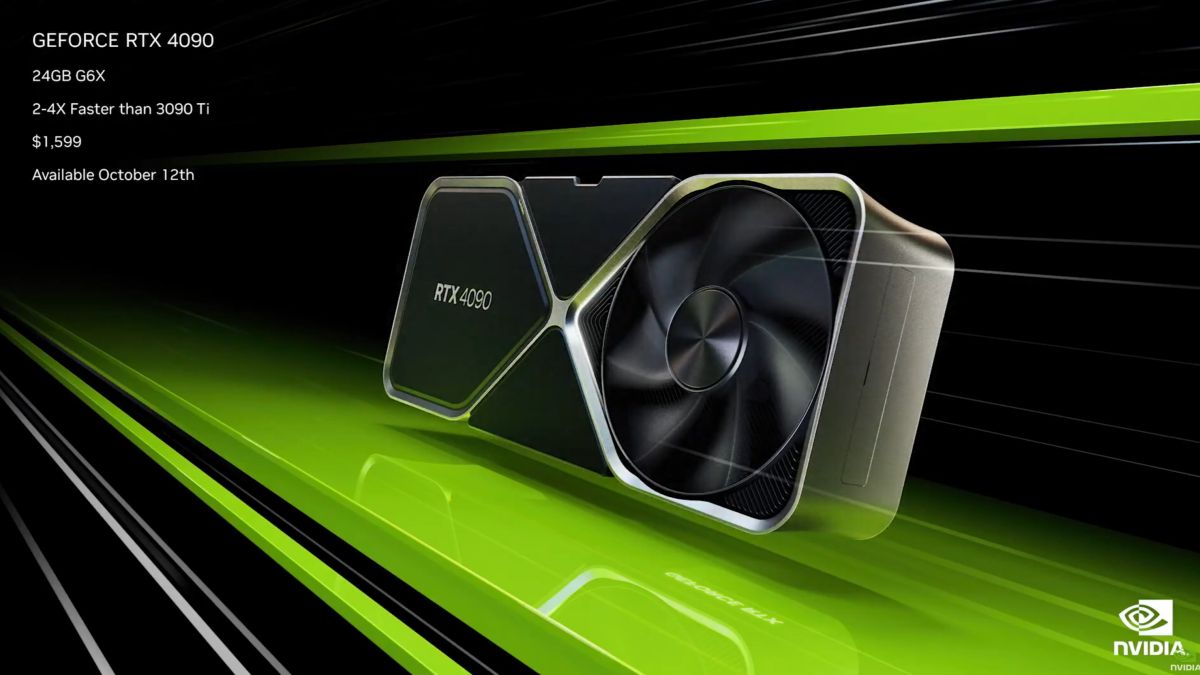 The rumors were true: the Nvidia GeForce RTX 4090 is indeed real, with Nvidia revealing it’s incredibly powerful flagship GPU at its GTC 2022 keynote.

This follows months of rumors and speculation that Nvidia was readying its next-generation RTX 4000 series of processors, known as ‘Lovelace’.

Nvidia has confirmed that the GeForce RTX 4090 will come with 24GB G6X memory, and will be two to four times faster than the (already incredibly fast) RTX 3090 Ti.

It’ll cost a hefty $1,599, which while expensive, isn’t quite as horrifying as some rumors suggested, and will be available October 12.

Nvidia also showed off not one, but two Nvidia RTX 4080 models, as rumors had also suggested; one with 12GB of GDDR6X VRAM, and a more expensive version packing a more powerful 16GB of memory.

According to Nvidia, the RTX 4080 will be two to four times faster than the 3080 Ti – though it wasn’t clear if this refers to the 12GB version or the 16GB one.

This story is breaking…