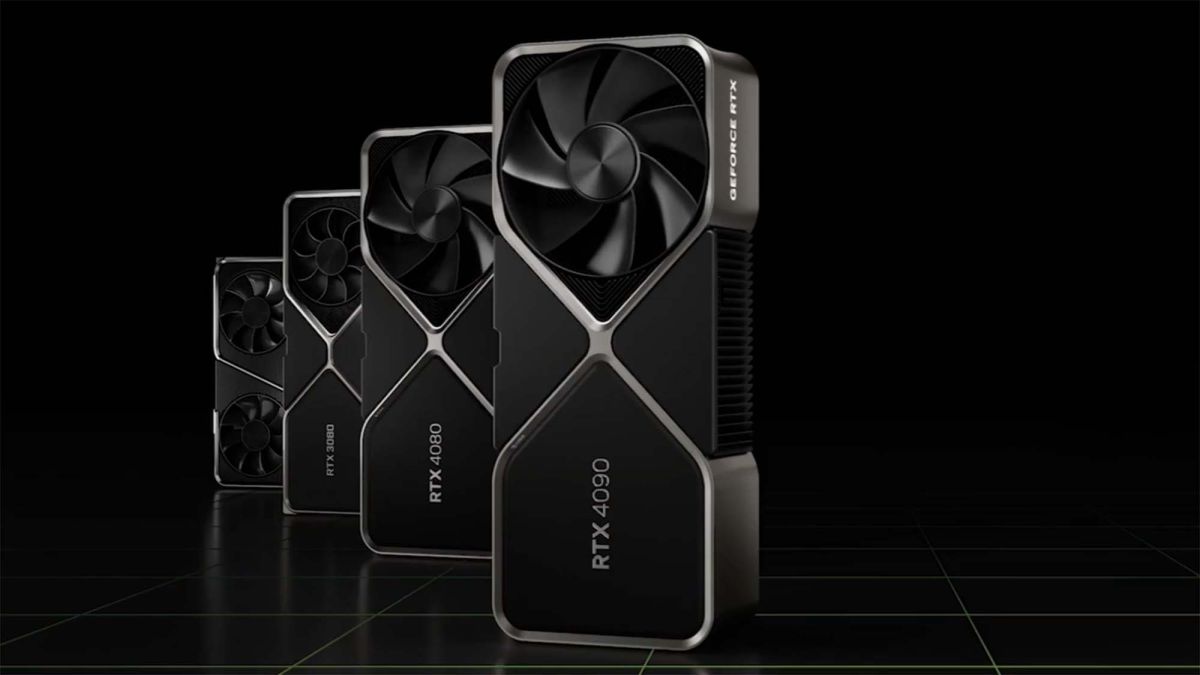 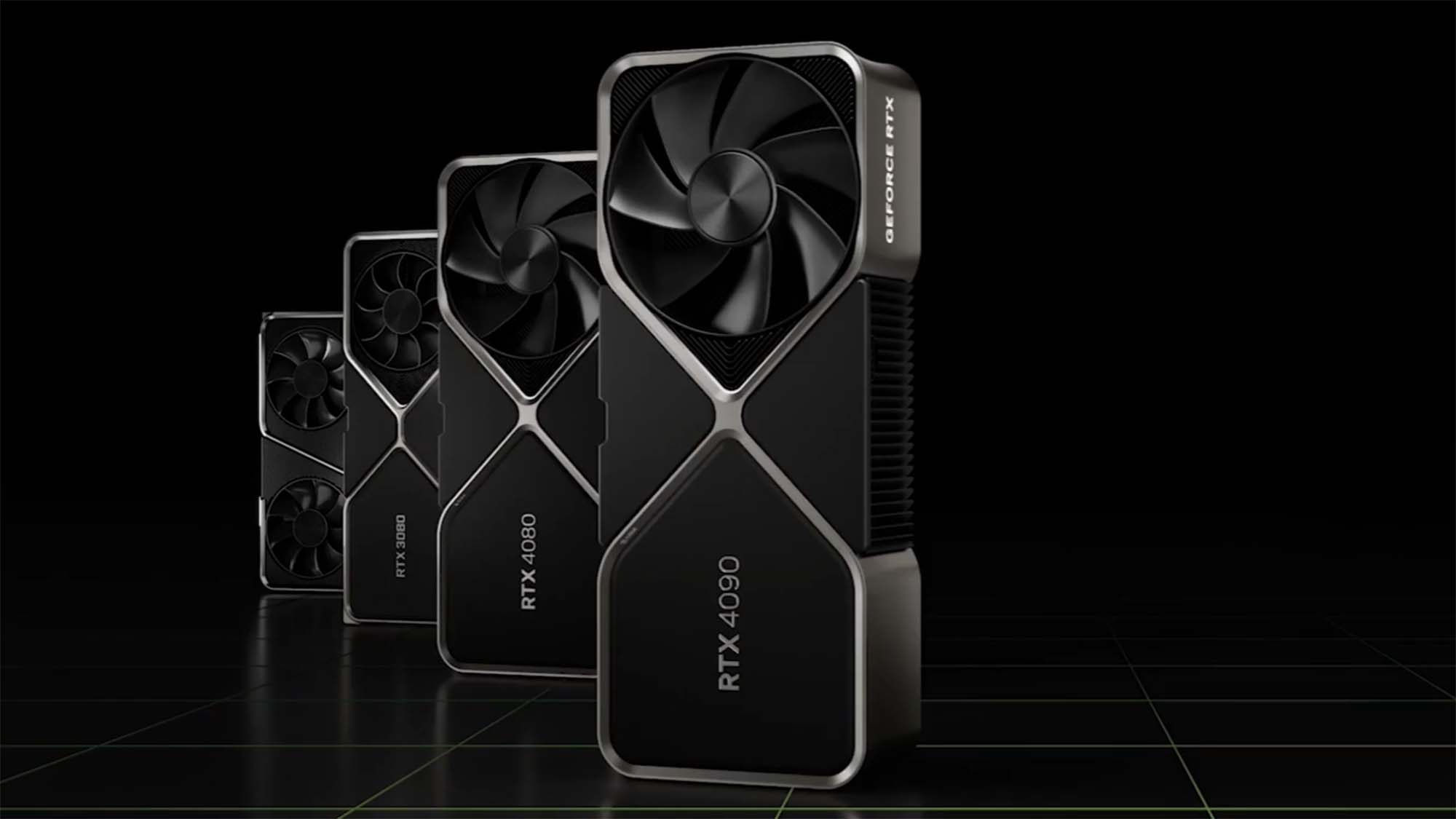 Nvidia’s next-gen Lovelace GPUs, which go on sale starting from next month, could end up pricier than their recommended levels (MSRPs), if fresh chatter from the rumor mill turns out to be right (with all the usual caveats applied).

YouTube leaker Moore’s Law is Dead (opens in new tab) (MLID) makes a number of points regarding the pricing of the new RTX 4090 and the two RTX 4080 graphics cards, noting that for starters, the cheapest Lovelace GPU – the RTX 4080 12GB – won’t have a Founders Edition (one made by Nvidia).

As KitGuru (opens in new tab) highlighted, in the specs of the next-gen GPUs on the Nvidia site the dimensions aren’t given and it simply states “varies by manufacturer”, meaning that only third-party manufacturers will make these cards, and Nvidia won’t have its own version (something clarified elsewhere on the spec page).

So, Team Green won’t be able to hold the MSRP at the stated $899 in the US, and those partner card makers will set the level of pricing – which as MLID speculates could lead to it starting at more like a thousand bucks. The YouTube leaker also theorizes that price tags for the Lovelace graphics cards above that model will also drift upwards to match – although that could also depend on initial stock availability, too.

As ever, if inventory is thin on the ground when the Lovelace GPUs come out – at least in that initial month or so – we’ll be caught in the usual trap of scalpers buying stock and price gouging. It’s too early to be calling that, of course, but it’s always something to consider with the launch of new GPUs (and indeed CPUs).

Another discovery which has popped up on the Lovelace pricing radar is news that German price tags will be over 20% dearer than the US, as Tom’s Hardware (opens in new tab) reports.

Andreas Schilling, editor of German site Hardwareluxx, highlighted the official pricing for Germany on Twitter (opens in new tab), with the RTX 4090 being pitched at €1,949 compared to $1,599 in the US. That looks pretty steep, then, but we do have to take into account VAT being added with the German price (and of course the cost of importing).

Put this all together and there are some slightly worrying early signs on the cost front for Nvidia’s next-gen graphics cards.

MLID makes a further interesting point in his latest video – add your own seasoning, as ever with the rumor mill – namely that the design of Lovelace graphics cards goes way back (before Ampere), and the final tuning was being done around early 2021. In other words, when GPU shortages were rife and the mining boom was in full swing.

This shaped the nature of Lovelace, MLID argues, in terms of Nvidia pushing to make the most powerful GPU possible, power usage and cost taking more of a back seat to that primary goal. In short, due to the climate of huge demand for graphics cards and price spiking back then – and witnessing what folks were paying for top-end GPUs – Nvidia came up with a more expensive design to drive performance as much as possible. And according to MLID’s sources, Lovelace cards cost something like 50% more to make than Ampere (across every tier of GPU, that is).

So, the argument runs, the reason we have an RTX 4080 12GB, rather than an RTX 4070, is that this 12GB graphics card costs 50% more to make than the RTX 3070 (at least, apparently it does), so more than the RTX 3080. And so to pitch pricing where it is for the GPU, that card has to be an RTX 4080, rather than a 4070 to seem palatable cost-wise. (This manoeuvring on the cost front with Lovelace was all part of EVGA’s reasoning for parting from Nvidia as well, MLID reckons).

This is kind of backed up by what we heard via the grapevine on the run up to the Lovelace launch, where there were consistent leaks around the RTX 4070 – being a seriously promising performer, too – and then suddenly it was theorized that there was going to be a lesser spec 4080 instead of that 4070.

All of the above should be taken with caution, of course, but some of it makes at least some sense – although that doesn’t mean we should get carried away with theorizing. What’s just as interesting is that MLID believes AMD’s pricing could quite possibly be considerably more aggressive, with RDNA 3 boards not being such a big leap in cost compared to current-gen versus Nvidia’s generational jump in the bill of materials. This could mean AMD’s RX 7000 family might be pitched more affordably than Lovelace, but we really are getting ahead of ourselves here.

Besides, with high-end cards also purportedly coming from AMD first (the 7900 XT and 7800 XT, MLID has heard), they obviously won’t be affordable as such – only relatively – and regarding where price tags end up being pitched, a lot might depend on the profit level Team Red wishes to make.