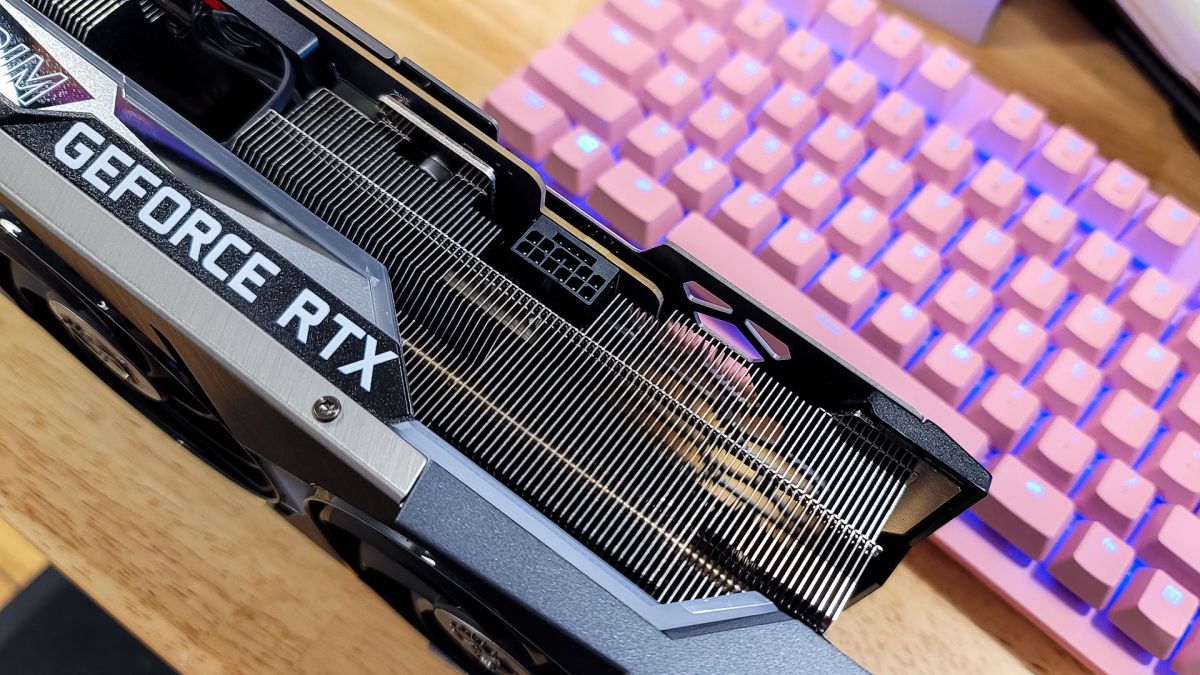 Nvidia’s big ‘GeForce Beyond’ event happens later today at GTC, and it’s widely expected that we’ll see Lovelace GPUs, with further hints dropped in a trailer on YouTube – and we’re certainly strongly anticipating the appearance of the RTX 4090, plus there’s been an apparent sighting of the flagship graphics card.

However, that leaked image shown by VideoCardz (opens in new tab) has all the hallmarks of fakery. The pic shows CEO Jensen Huang holding a supposed RTX 4090 graphics card (Founders Edition, made by Nvidia itself), but Huang is in much softer focus than the card itself, and it really looks like the 4090 has been superimposed on top (possibly using an old launch PR shot).

Also, the graphics card looks like it’s floating in front of him, too, with none of his fingers visible around the edge of the board. In short, we’re pretty certain this isn’t authentic, so it’s one to discard in our books.

Regarding the mentioned trailer (opens in new tab), also flagged up by VideoCardz (opens in new tab), this further underlines that we’re going to see Lovelace GPUs, as if you look at the Discord avatar on the monitor screen, it’s a tiny but still recognizable pic of Ada Lovelace (and ‘User40’ is the profile name, again hinting at the next-gen 40 series cards).

Analysis: Big clues, and some big question marks too

This trailer backs up other recent teasers which have also dropped huge hints that this event will showcase Lovelace GPUs, so at this point, we’re certain about seeing the RTX 4000 family. The question is which graphics cards will be shown off – most likely the RTX 4090, and quite possibly the RTX 4080. Whether or not we’ll see the RTX 4070 – the most keenly awaited GPU for some – or two versions of the 4080 instead, is one of the major points of debate that has been posed by the rumor mill.

Also worth noting is that the thumbnail for the trailer on YouTube carries the new font for the ‘GeForce RTX’ logo which has been much talked about lately in leaks around Lovelace.

Of course, regarding the new leaked photo of the RTX 4090, we could be wrong about it being faked – though we doubt it – but some folks out there are thinking it’s genuine. If that is the case, the font and design match a previous leak, so there’s that – but then again, even if the previous font rumor is genuine, this new spillage could simply have been Photoshopped to match in order to seemingly give it more weight.

If this really is how the flagship will look, then the RTX 4090 will follow much the same design as the 3090 Ti Founders Edition, with dual fans – one on the front, one on the back – and size-wise it will be triple slot.

All of that previously rumored info could still be true even if this new photo is faked, and at any rate, we’ll find out the truth in just a matter of hours. Stay tuned to our liveblog for insightful commentary and analysis of the launch, and if you want to view the actual stream, we’ve got a guide on where to watch right here.