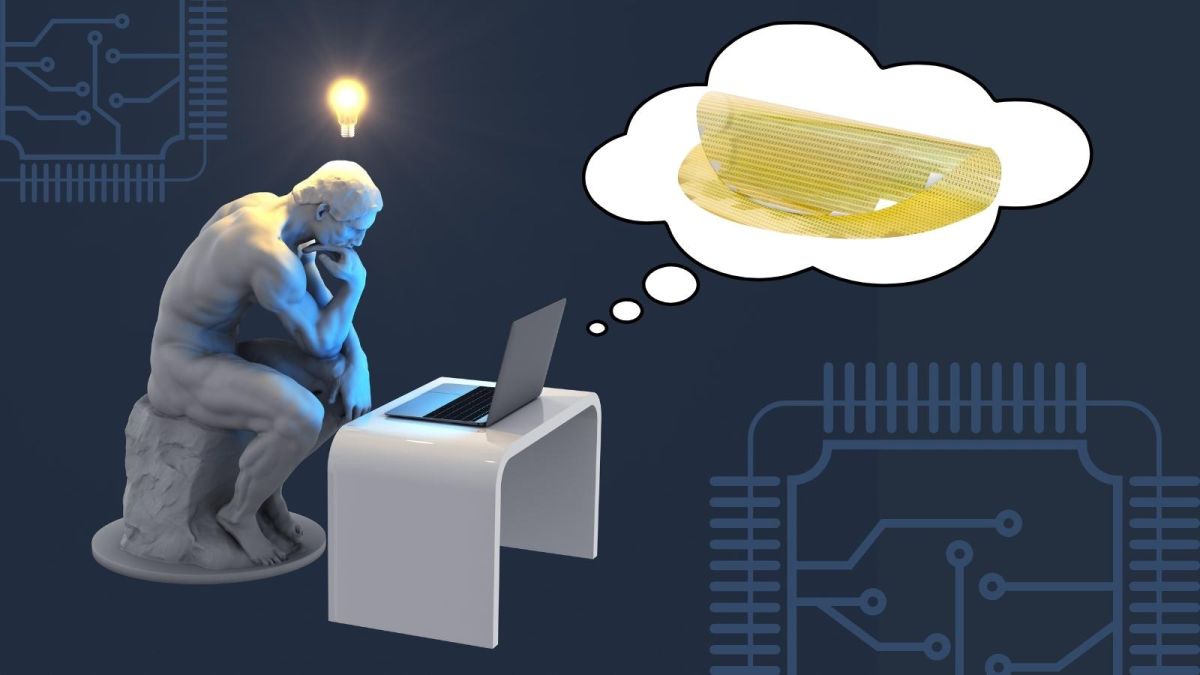 Below you will find the latest news of RIP expensive silicon chips – plastic processors are the future
which was published and made available by Tech Radar . Find the latest Computer News on our section . All news posted here are for information purpose and to let you know the consumer whats going on around the tech industry. All information news technology is brought to you by Thirty5Tech a New York City computer repair service provider. If you like the news below, Feel free to visit the source of the link for more information or to continue reading RIP expensive silicon chips – plastic processors are the future from their main source.

Our technology has been developing at a rapid pace in recent decades, and new research suggests that we could soon be entering a new age of tech innovation with even more advancements thanks to mind-blowingly affordable plastic processors.

So affordable in fact, that it’s estimated these processors could be mass-produced for less than a penny. As reported by IEEE Spectrum (opens in new tab), a team comprised of researchers from the University of Illinois designed 4-bit and 8-bit processors and saw an eighty-one percent success rate for the 4-bit models. Team leader and University of Illinois professor Rakesh Kumar claims that this percentage finally makes the technology viable.

“Flexible electronics has been a niche for decades,” said Kumar, adding later that this yield study shows “that they may be ready for the mainstream.”

Before we get ahead of ourselves, you should know that you won’t be able to go out any buy these processors – likely for some time in fact – but its development is certainly exciting. You also wouldn’t necessarily want to do so as these are a far cry from many of the best processors available to install into your desktop PC.

Instead, as our friends at Tom’s Hardware point out, this offers up a world of opportunities on a smaller scale. As Kumar mentioned in his statement, flexible gadgets and devices are still few and far between for a plethora of reasons, but these plastic processors have no issue with conformity – if this takes off we could see more everyday objects being integrated with ‘smart’ tech, without the restrictions of rigidity or even expense.

Analysis: Exciting times, but we have a way to go

This isn’t the first time we’ve heard of plastic processors or even the first time that a product has been produced. Back in 2021 Arm reproduced its M0 32-bit microcontroller using the technology. But engineers at British electronics manufacture PragmatIC Semiconductor, who helped create the chip, and the University of Illinois both believed that existing chip designs are simply too complex for production on plastic given the costs involved.

The latest developments, however, have seemingly solved the affordability factor. This new batch of processors was created using flexible thin-film semiconductor indium gallium zinc oxide (IGZO) technology, which moves with the plastic it’s built onto and allows for the product to be curved or flexed. This isn’t new technology per se, but we’re more familiar with seeing it used in monitor panels than actual gadgets.

With flexibility issues also resolved, all that was required was to address the original issue – the complex design face of the processor. To solve this, the team created a new architecture called FlexiCore.

“Yield goes down very quickly as you increase gate count,” says Kumar, which explains why we’re seeing this used in 4-bit and 8-bit designs rather than 16-bit or 32-bit alternatives. The researchers also designed logic that re-uses parts, requiring fewer transistors and executes a single clock cycle.

So…yeah. This won’t be running a laptop anytime soon but it sets a precedent that plastic processors aren’t just viable, they could be further developed to elevate our technology into a new era.

In the words of Scott White, CEO of PragmatIC Semiconductor: “This is exactly the kind of design innovation needed to support truly ubiquitous electronics.”