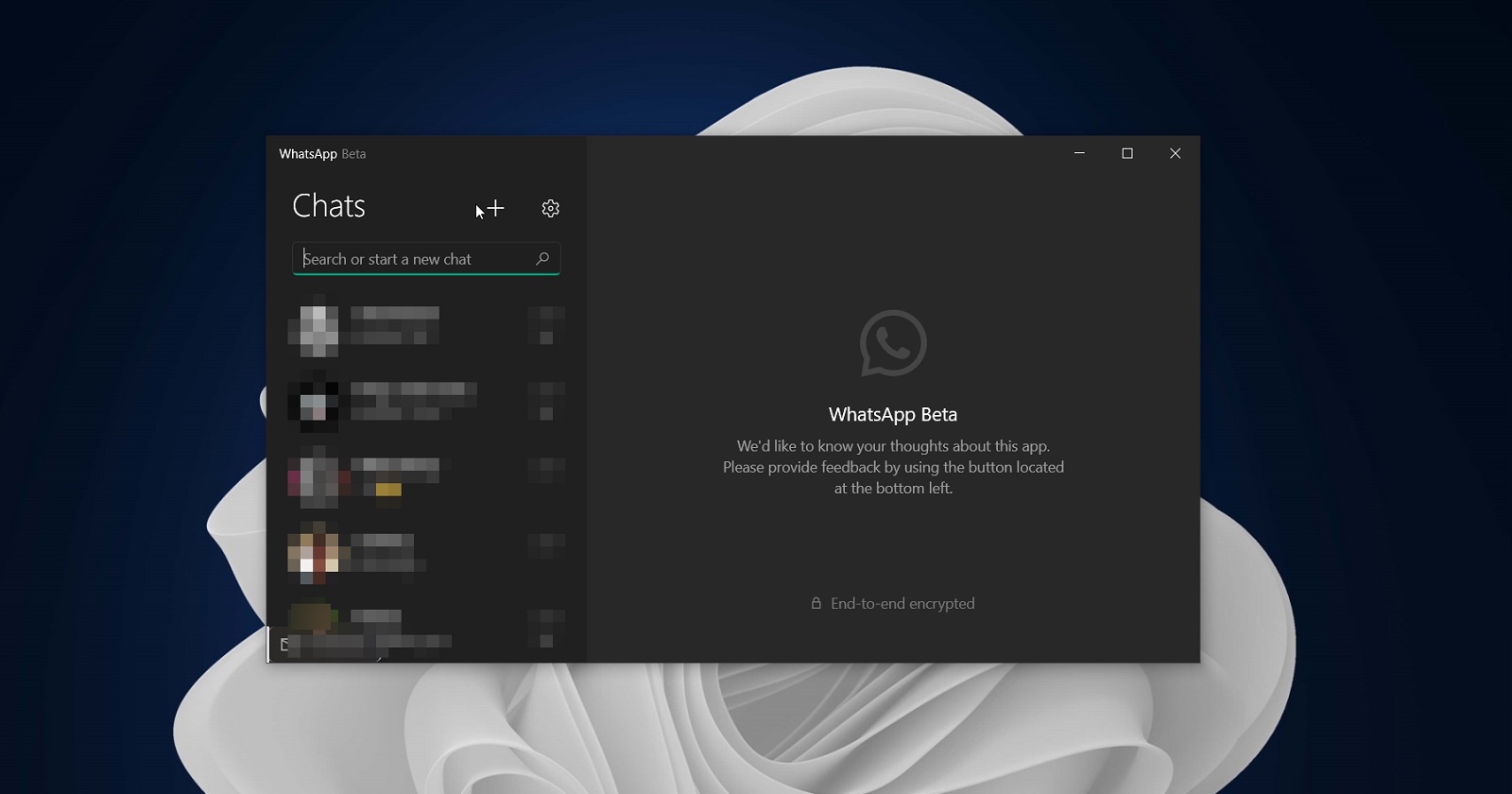 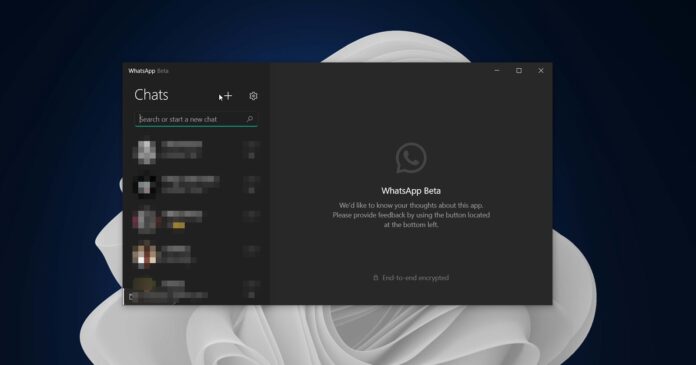 While Microsoft may be moving away from Universal Windows Apps by incorporating WinUI and UWP APIs into Win32 apps, Facebook isn’t quitting on it just yet. Last year, Meta-owned Facebook released a new UWP client for WhatsApp on Windows 10 and Windows 11 in beta, and it’s updated on a regular basis with a few stuff.

WhatsApp UWP is simply called ‘WhatsApp Beta’ and it is separate from the web-based WhatsApp Desktop that you can already download from the company’s website or Microsoft Store.

Unlike ‘WhatsApp Desktop’ which is a web wrapper with support for notifications and Start menu, the UWP app is written from scratch and it uses XAML with WinUI. It also comes with multi-device support (up to 4), which means it works well even when your phone is not connected to the internet.

The cleaner app design seems to be inspired by Windows Phone’s WhatsApp, but it is more in line with Microsoft’s WinUI principles and the web version of WhatsApp. The new design includes an updated header, acrylic effect in the menu, support for inking, a new settings menu, and more.

WhatsApp UWP beta has received yet another update with support for a new feature called ‘Chat filters’. As the name suggests, this feature filters your conversation, so you can force the app to only show messages from contacts, non-contacts, groups or just unread chats. 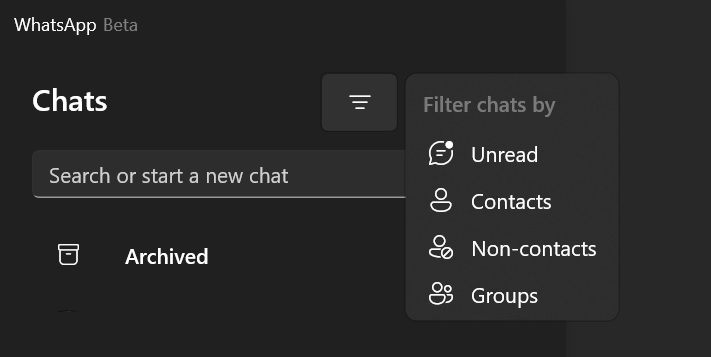 If you’re not using the UWP app, you can always install it from the Microsoft Store as it is an open beta.

In addition to chat filters, Facebook is also believed to be working on reactions for WhatsApp UWP.

This is not a new idea as the ability to react was first added to Facebook and later Messenger. Like Messenger reactions, the WhatsApp reactions feature aims to make conversations more meaningful and less cluttered by reducing emojis sent in the chat.